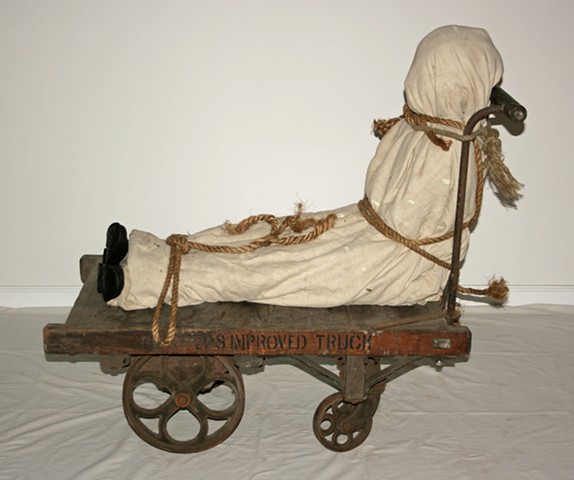 This sculpture consists of a working antique “Reynolds Improved Truck” and a sculpted mannequin along with mixed media components. It depicts a Northeastern Pennsylvania coal mine Nipper boy fatally injured in an anthracite mining accident who is being carted home. “Nippers” as young as 7 years old opened and closed doors in the deep anthracite mines to keep fresh air in the shafts where miners were working. They also opened the doors to let the full coal cars through. Many nippers were killed when cars came rolling down the track and crashed into the closed doors while nippers fell asleep in the cold damp shafts because of prolonged periods of inactivity while coal was being loaded onto the cars by the miners.